Quality and safety of food materials are key factors in preserving and improving people’s health. All of us consume food daily, and we all should be confident that those foods are safe for us and our families.

3 MCPD and 2 MCPD are organic compounds of the chloropropanediol family generated under heat through interaction of choline ions with lipids contained in oil as natural (i.e. chloroalkane) or technical (i.e. traces of hydrochloric acid) chlorine-containing compounds. The mechanism thanks to which 3 MCPD, 2 MCPD and GEs are formed during the oil refining process is not entirely clear yet.

As a rule, vegetable oils have to be refined before use, depending on the specific oil and the level of extraction contamination, as well as on, i.e., the desired sensory parameters of the refined oil. Glycidol esters are generated in vegetable oils and fats that are processed (refined) at temperatures above 200 °С. Free 3 MCPD and GE content is very low. Deodorization is considered the key refining stage that leads to 3 MCPD and glycidol esters production. However, it was also discovered that some contaminated matter is generated by bleaching, for example, with bleaching earth. Another discovery was that raw oil pre-treated with acids (hydrochloric or phosphorus) as a part of the refining process, boosts up 3 MCPD esters generation.

3 MCPD and GE compound esters are present in many foods. They are generated by smoking, roasting, grill or frying. 3 MCPD and GEs get into foods, including confectionery and milk-containing products, such as baby food, sauces, spreads, cream and milk replacers, ice cream, with some

The higher the diacylglycerides level in the oil, the higher its GEs content.

The majority of research accumulated by now suggest that presence of glycidyl esters of fatty acids and glycidol in food is a risk for human health, especially for children’s health. According to the International Agency for Cancer Research (IACR), glycidol is a carcinogen.

According to SanPiN 1.2.2353-08 Carcinogenic factors and main requirements for cancer hazard prevention, glycidol is a carcinogenic chemical. Based on that, the EAEC Collegium adopted the following maximum content levels for this substance (Table 2):

On September 23, 2020, the European Commission adopted Regulation 2020/1322, amending Regulation (EC) 1881/2006 regarding maximum levels of monochloropropanediol and 3 MCPD compound esters: 2.5 mg/kg for vegetable oils and 1.25 mg/kg for baby food. Now, the glycidol, 3 MCPD and their compound esters content must be controlled in foods listed in the Regulation, if they are sold in or exported to the EU.

ДQuantitative assessment of glycidol, 3 MCPD and their compound esters content is possible in two ways: direct assessment of glycidyl and 3 MCPD fatty acid esters by HPLC-MS and indirect assessment by GC-MS. The direct method has one significant drawback: lots of compound esters combinations make it necessary to handle lots of chromatography peaks, and their recognition is problematic due to lack of analytical standards. The indirect method involving breaking up and derivatization of compound esters, yields three compound peaks that can be easily identified and assessed using available analytical standards.

One of the first assessment methods adopted by International Organization for Standardization is SO18363-1: 2015 (AOCS Official Method Cd 29c-13, GOST ISO 18363-1-2020) method providing for quantitative assessment of 3 MCPD content through alkalic breakdown of 3 MCPD esters and glycidol to 3 MCPD. Glycidol esters (glycidol equivalent) were assessed by recalculating the difference in quantitative results of two injections. The main drawback of that method is unprecise quantitative assessment of glycidol, because it presumes that there are no other substances interacting with inorganic chloride to produce 3 MCPD. The relative standard deviation for one sample test in different laboratories if 3 MCPD content is close to 1 mg/kg is over 25%; for 3 MCPD content close to 0.1 mg/kg – over 130%. Moreover, there is no way to assess 2 MCPD content using this method. But the method is easy to automate and has very fast breakdown time, which is great for production labs, which are mainly focused on production processes adjustments.

is significant: over 16 hours. That limits their viability for production severely, but due to direct quantitative assessment, they provide more precise data to the laboratories issuing test certificates and are liable for their results. Besides, the ISO 18363-3:2017 method is hard to automate, but reproduced better in other laboratories, while ISO 18363-2: 2018 requires two sample preparations and two injections.

Tougher requirements to food quality and safety and developing food market globalization make oil&fats producers tackle new challenges. One of those challenges is to minimize the content of monochloropropanediol and glycidol compound esters potentially harmful for human health in vegetable oils. In the EU, Commission Recommendation 2014/661/EU dd. September 10, 2014 is in effect, requiring to monitor the contents for the compounds in question in foodstuffs.

The contaminant minimization issue can only be solved if we understand the processes that form monochloropropanediol and glycidol compound esters in oils, master the test methods and, based on the knowledge we get, develop the best action strategy.

Probably, monochloropropanediol compound esters are generated in food-grade vegetable oils as follows: chlorine is an element relatively common in nature. That’s why it could be safe to assume that a broad variety of chlorine sources, both organic and inorganic, could be potential precursors for monochloropropanediol compound esters generated when food-grade vegetable oils are produced. Lipids included in the oils, i.e. acyl glycerols, phospholipids and glycolipids, could theoretically react with chlorine-containing compounds during oil refining, producing 3 MCPD compound esters. The precursor nature would no doubt depend on the type of oil, its quality and production technology. Authors of Zelinkova, Z. Fatty acid esters of 3-chloropropane-1,2-diol in edible oils posit that the organic chlorine compounds detected are similar in their structure to phytosphingosine and are endogenous plant metabolites, not exogenous contaminants. Therefore, the main populations of chlorine donors may vary depending on material batch, and that will subsequently play a role in the course of 3 MCPD compound esters generation process.

When it comes to the most probable lipid precursors of 3 MCPD in vegetable oils, the first to be suggested was partial acyl glycerols, in particular, diacylglycerols (DAGs). The basis for the suggestion was the fact that the highest 3 MCPD content was detected in oils produced from flesh of oil fruits, such as palm or olive oil. It is a common fact that those oils have elevated DAGs content produced by hydrolysis of lipolytic enzymes. But further studies disproved that hypothesis. They showed that although DAGs may theoretically interact with chlorine donors and produce 3 MCPD compound esters, they are nevertheless not the main lipid precursors of that process because it has been proven that the bulk of 3 MCPD compound esters is generated at the deodorization stage. Other excipient lipids, such as phospholipids or glycolipids, also can’t participate in production of 3 MCPD compound esters to any significant extent, because they are eliminated at the preceding stages of refining.

In order to ascertain the origins of chlorine producing 3 MCPD compound esters during refining, the work Hrnčiřík, K Aninitial study on the formation of 3 MCPD esters during oil refining studied the content of chlorine ions in oil before and after deodorization, in order to detect a correlation between that value and the 3 MCPD compound esters content in refined oil. But no such correlation was uncovered. An attempt to explain production of 3 MCPD compound esters during deodorization through chlorine presence in direct steam also failed. And only Nagy, K. Mass-detect filtering of isotope signature store veal the source of chlorinated palm oil contaminants revealed the correlation between heat-induced breakdown of organic chlorine compounds in palm oil and 3 MCPD accumulation during heat treatment of palm oil. The authors tracked the breakdown of organic chlorine compounds detected by high performance liquid chromatography and mass-spectrometry in unrefined palm oil and discovered that the typical product of those compounds’ breakdown was hydrochloric acid (HCl), which is the main chlorine donor for 3 MCPD compound esters production during deodorization.

Therefore, according to the conclusions drawn by F. Destaillats, there are now two theoretically acceptable ways to generate 3 MCPD compound esters (Fig. 4).

Based on the above, we can reduce the content of 3 MCPD and glycidol compound esters in vegetable oils by utilizing the following approaches and methods:

Many studies suggest a direct correlation between bleaching clay acidity level and 3 MCPD compound esters content in refined oil. Based on that, it was proposed to use natural and acid-activated bleaching clays with more neutral pH values in oil refining, in order to reduce 3 MCPD compound esters production. Flushing is also recommended to remove the traces of mineral acids.

Many studies suggest a direct correlation between bleaching clay acidity level and 3 MCPD compound esters content in refined oil. Based on that, it was proposed to use natural and acid-activated bleaching clays with more neutral pH values in oil refining, in order to reduce 3 MCPD compound esters production. Flushing is also recommended to remove the traces of mineral acids.

through fermentation processes is also promising (Bornscheuer, U. T. Enzymatic removal of 3-monochloro-1,2-propandiol (3-MCPD) and its esters from oils).

Therefore, in order to reduce 3 MCPD and glycidol compound esters content in vegetable oils, it is recommended to proceed in a three-pronged way:

When using these strategies in practice, it is important to find the balance between maximum possible reduction of 3 MCPD and GE compound ester contaminants during processing and preserving the oil quality. 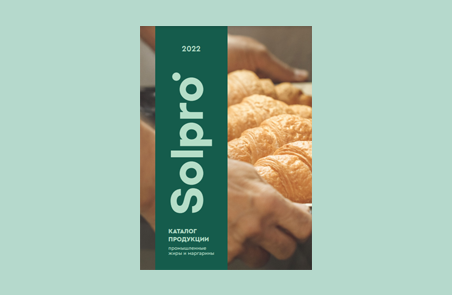